Prepping a Network to Respond 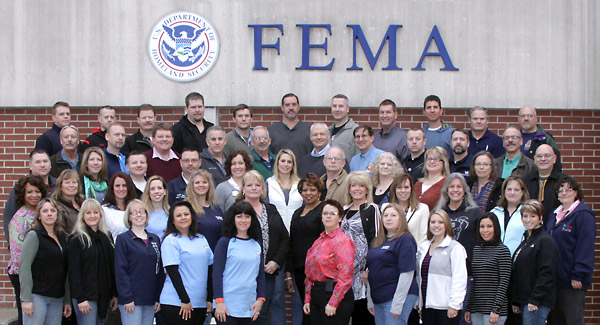 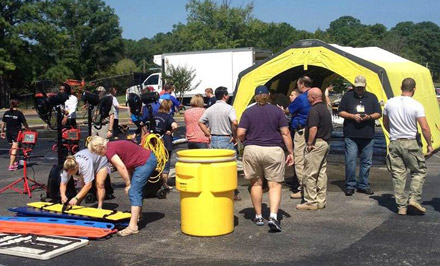 When disaster strikes close to home, VISN 4 employees are ready to respond. VISN 4 Emergency Coordinator Robert Bernard coordinates participation of Network staff in training at the Center for Domestic Preparedness (CDP) in Anniston, Ala.

The CDP is operated by the United States Department of Homeland Security's Federal Emergency Management Agency, Bernard said. The training is conducted at the former Fort McClellan U.S. Army Noble hospital, which was converted into a training site for health and medical education for disasters and mass casualty events.

Several VISN 4 staff members attended classes in August 2013 and in January 2014. Read more about the training.

"This was a very comprehensive program to prepare health care leaders for managing mass casualty incidents that health care facilities may face," said VA Pittsburgh Chief of Staff Dr. Ali Sonel. He explained that the training helped prepare staff to respond to anything from weather-related emergencies and utility failures to terrorist attacks involving chemical or biological agents.

Kathleen Dahl, VA Pittsburgh AFGE representative, said the training provided awareness of the fact that there is no employee who doesn't have a role in a crisis.

"Taking the course showed me that every employee I know would be impacted by a disaster and how the entire hospital needs to be prepared for that disaster," said Dahl.

Training attendees include both clinical and administrative employees, Bernard said. The course is exercise-based and designed to assist staff in decision making when faced with an emergency. Attendees participate in a full scale exercise on the last day of training.

"It was phenomenal," said Dahl. "The most important aspect was the collaboration of community first responders. We have one universal language we all speak in a crisis – from the hospital firefighters and police officers in the community. We all need to relay the same information."

Get help from Veterans Crisis Line

If you are in crisis or having thoughts of suicide, visit VeteransCrisisLine.net for more resources.